IT'S ALL ABOUT CHOPPING 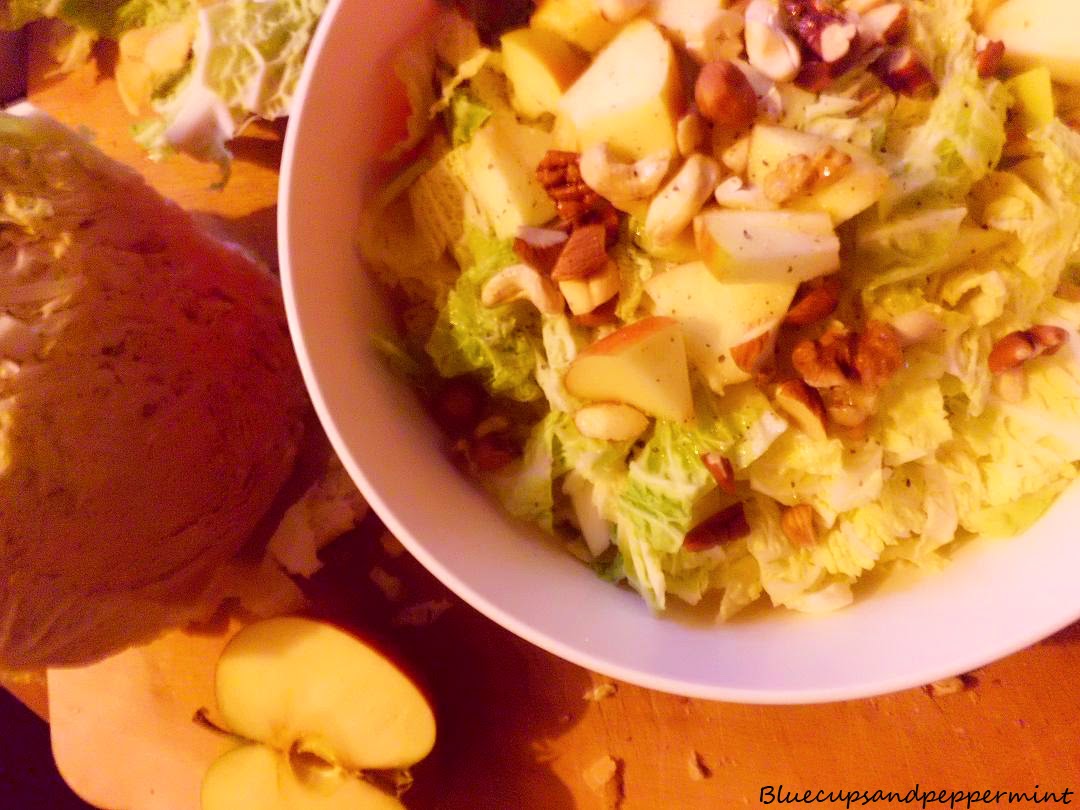 So, sometimes it happens that you get out of your office with a terrible headache because, thanks to your new frugal way of life, you're not used to heating anymore. So you're actually really happy at the thought of your 8 kilometers by bike, even though you arrived at that office that it was still night, and you're leaving and it's actually night again. Still, you're happy. You need some fresh air, so you're just happy.
You're happy because you still don't know that the fresh air you're aching for looks more like a tornado rather than a breeze. A crazy wind that blows at oh-so-many-freaking-km/hour that, going down a road with an inclination of the 20% you still have to pedal.
But then, at a certain point, you feel better 'cause yes, it's almost done, you're almost home.
And that's when you're almost run over by a men that didn't understand that the prolonged sticking out of your left arm did actually mean that you wanted to turn left. He probably thought it was some ballet exercise. Probably, though, he didn't find it gracious enough cause, first, he honks, and then he even insults you. He really didn't like it.
Have I already said that it's been raining cats and dogs all along? After you live in Belgium for more than a year you tend not to find it very remarkable anymore, but of course it was raining. A lot.
But still, you finally arrive home, really really hungry because, honestly, how can anyone have lunch in half an hour? so you just managed to drink (half of) your soup. But it was also your first day of work, and you're just so tired. So tired that, for a fraction of a second, you even whish you had powder magic soup. That tired.

And then you open the fridge and you see them: some savoy cabbage, an apple, and some nuts.
And then, thank god, it's all about chopping. 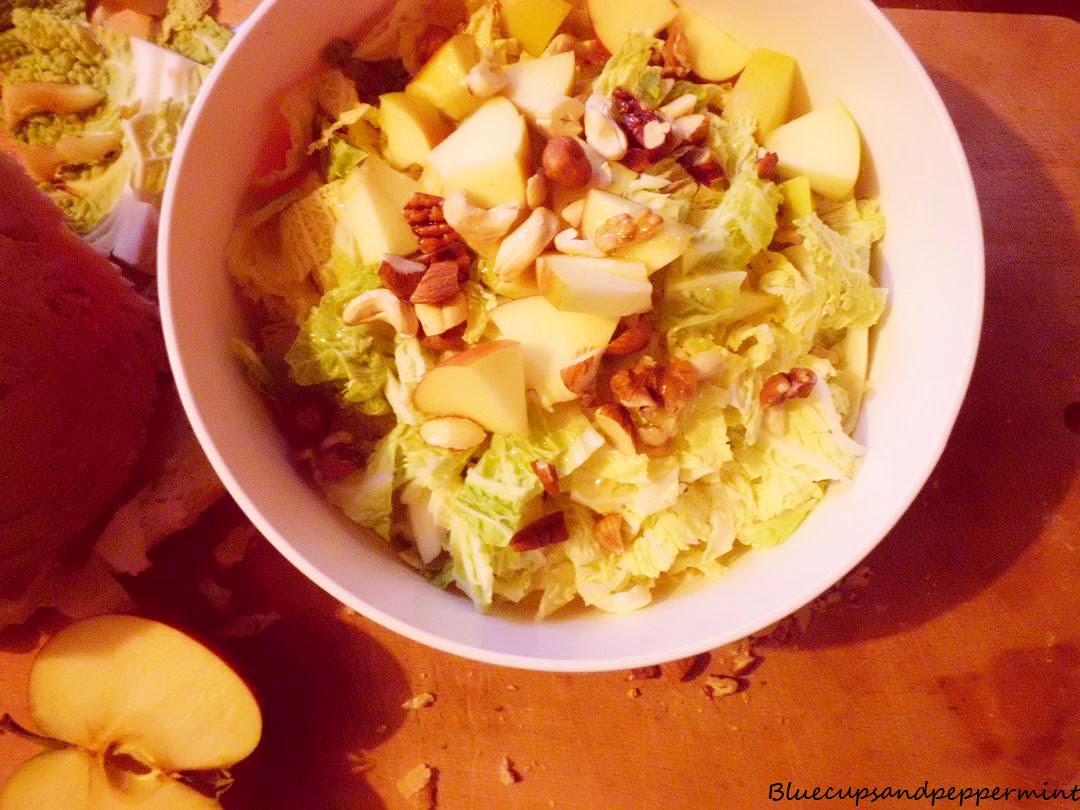 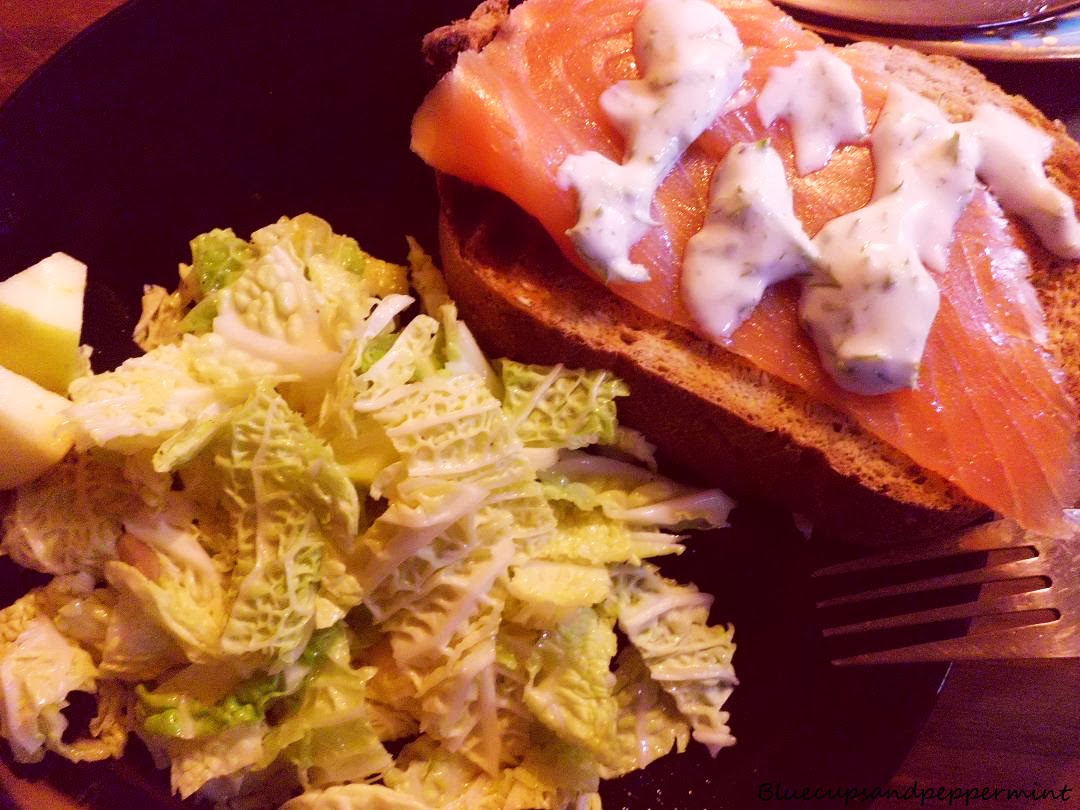