Has it ever happened to you that you're so hungry that you just start chomping on things and gulp them down, without even tasting them? Or, at least, not for the first half of whatever you're eating?

Or has it ever happened that you were so focused on the movie you were watching that, when someone asked you "How is it? Salty enough?" you suddenly realised that you didn't know? 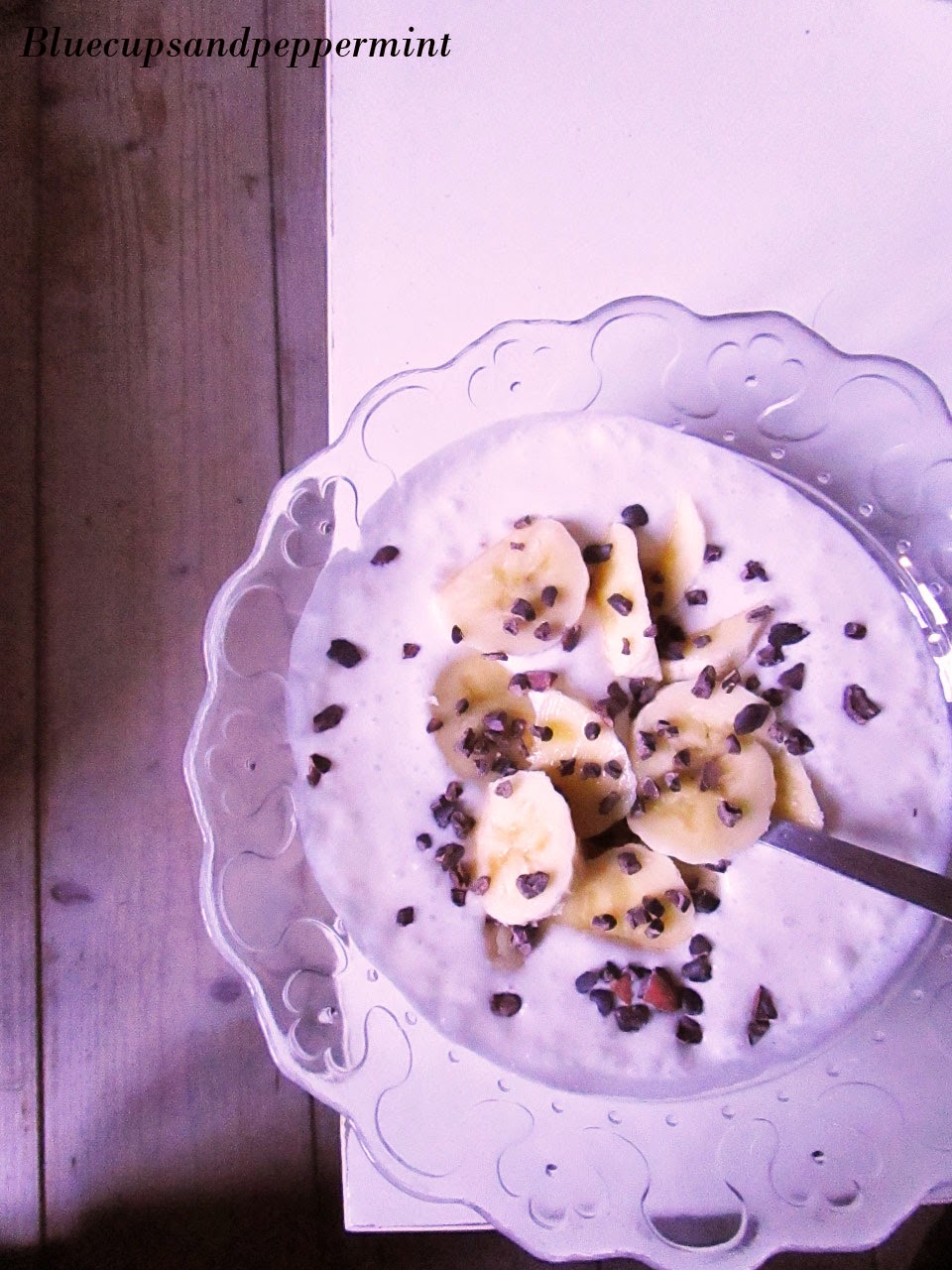 Well, to me it's happened like, five minutes ago, and it was a real shame, cause it was really awesome. I was having my 4o'clock snack while reading a book, and I was so into it (it being the book) that it took me some 4 spoons to realise that I cannot do two things at the same time.
Well, that might be a bit harsh towards myself, there are things I can do at the same time. For sure, there are.. well, but the point is, sometimes you shouldn't. Because doing to many things at a time makes you actually more stressed and less efficient, and it doesn't make you taste your coconut milk.

Mindful eating is actually one of the first meditations you should try when you approach mindfulness.
It all start with a grape and an alien (you).
You have to pretend to be an alien, and pretend you're seeing a grape for the first time in your life and, therefore, eat it as such.
You should first touch it, analyse its shape and its texture, and the way it feels on your skin. Then you should smell it. Shake it next to your ear.
Only now you can put it in your mouth, and run over it with your tongue, feel its weight.
And then chew it, and feel the sweet explosion you were not expecting.
And so on.
Slow? For sure.
But some things are so delicious that they really deserve all that time. And if they don't maybe you shouldn't eat them at all.

Well, my 4o'clock snack was definitely worth putting the book aside. 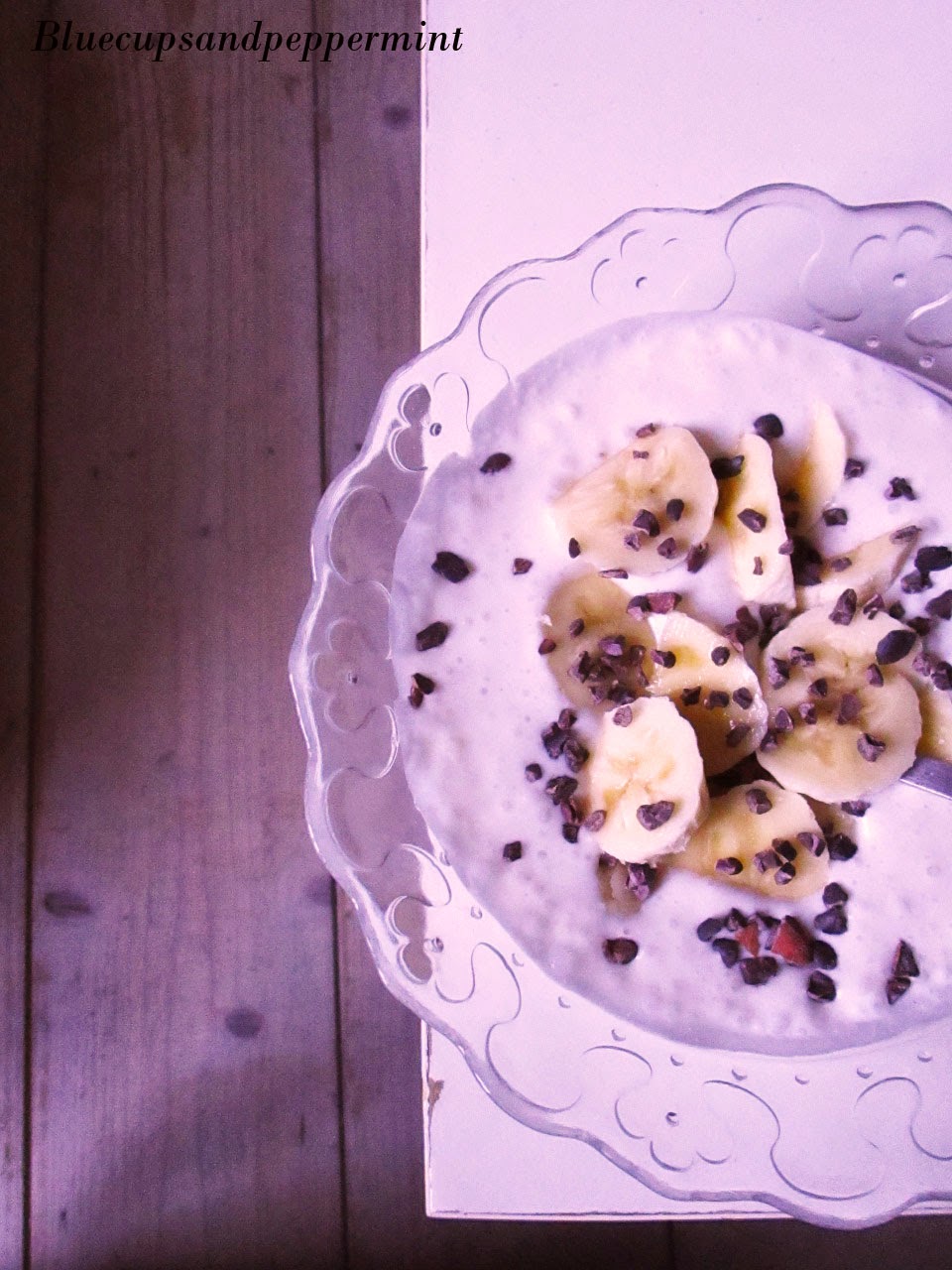 All you need to do is to blend together half a banana and two or three (very generous) spoons of coconut milk. Pour your mixture over half a cup (or more. I guess it just depends on how hungry you are) of oats and sprinkle it all with raw cacao nibs.

It's really five minutes. (If you knew where your blender was, I'm sure it would be even less).

It's gonna take - i hope- much longer to eat it than to make it.

HOW (NOT) TO: lemony belgian endive with brown sugar and coriander 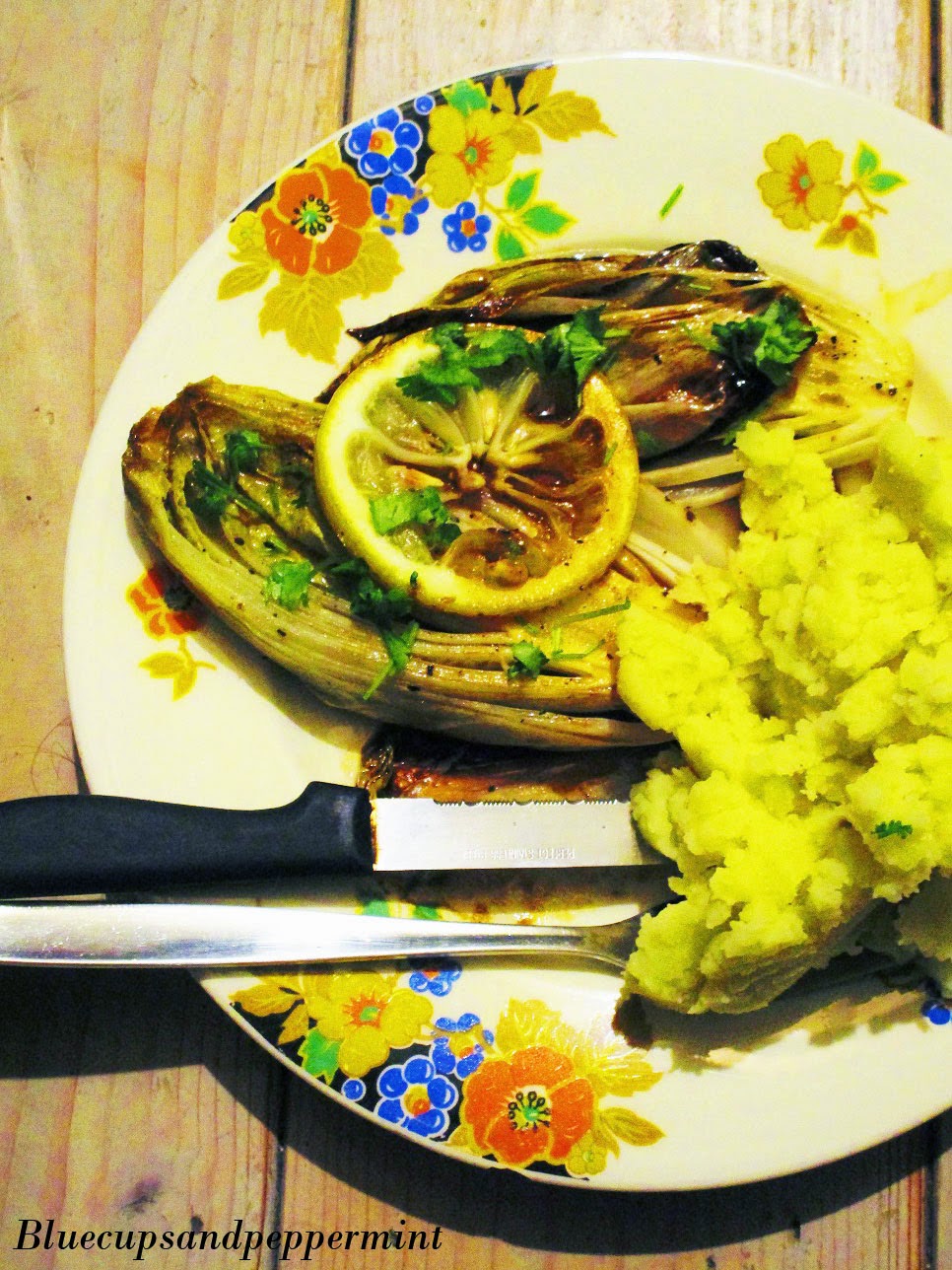 So, more or less a week ago I posted this recipe about filled Portobello without using any Portobello, fact that I classified as my very original twist to the recipe.

However, the self-contempt about my creativity lasted quite short; more precisely, until when my friend Pepe told me about his twist to the recipe: "Roasted portobello with kale" became "Roasted portobello (real portobello!) filled with zucchini flowers and topped with provolone".
So it was basically a totally different thing but, uuuhmm (read: *drooling).
So now I was all excited and ready to give a real twist to any recipe that would cross my way.
And there it came: "Belgian endive with orange, brown sugar and basil".
I didn't deliberately decide to totally re-write this recipe cause, honestly, it really sounded super yummy. Thing is that I forgot to buy oranges and basil. So, yah.

Anyway, the lemon-coriander thing is not really something you want to try.
The whole combination tasted sort of weird, a bit like a sour medicine that they tried to make palatable with all sort of sweeteners.

Instead of mine, I thought I'm gonna give you the original recipe.
Should you try it, let me know if it's really as good as it sounds.

Now, the recipe says you have to squeeze the oranges over the endive, but it's not giving clear indication as of when. (In any case, before you squeeze them, grate the peel and set aside for final decorations).

3. When the endives are ready, lay them on a serving plate and sprinkle with the basil leaves and  the orange zest.